If you regularly find yourself, in a Wi-Fi-enabled state, being disconnected from other network users who are using the same network space, then NetCut Pro Apk may be what you are looking for.

The app can be used to disconnect other users from your Wi-Fi or even take control of access to your own connection and allocate all bandwidth to yourself! The best part is that it does not require root access.

In this article, we are going to introduce you to the most amazing and latest android app NetCut Pro Apk. The app is the best Wi-Fi network controller application. It can disable (shutdown) the internet connection of other devices connected to the same Wi-Fi network. It is a very useful tool for Wi-Fi internet users using which you can cut (Turn off) other people off from a common Wi-Fi network and allocate all the bandwidth to yourself. The app is for Android only and it requires root access.

Moreover, NetCut Pro is an app that is used to cut off the internet connections of other devices. It is used by many people and helps them get more space on their device while they will be able to use all the resources of their device without crosstalk and without any interference.

How does it work?

NetCut Pro Apk is a free app that lets you disable internet connections. The app is for Android only. For example: If you have a house full of routers, but only one person wants to use the internet, you can allow them to connect and coordinate their time spent on the net with you. But at the same time, you’d like your iPad to connect through the router and not waste bandwidth.

Set up a private network that doesn’t let other devices (or users) access your connection without approval. NetCut Pro Apk is a very useful tool for Wi-Fi internet users. With this app, you can turn off (Shutdown) other people from a common Wi-Fi network and allocate all the bandwidth to yourself.

NetCut Pro Apk is a professional and easy-to-use tool for cutting off the internet access of any device. It enables you to cut off your neighbor’s internet connection in seconds. The app is very easy to use, it just requires downloading the app on your Android phone and then following the instructions given below.

NetCut Pro is a perfect application that can be used to turn on or turn off the Wi-Fi connection of any device connected through Wi-Fi. This application can be used in many ways and one of them is that we can use this app to cut off our neighbor’s internet connection if they are using our Wi-Fi without our permission. It has a simple user interface which makes it very easy to operate without any difficulty. You can easily learn how to operate this application by reading its user guide carefully which will help you know about all features of NetCut Pro Apk easily.

Free download NetCut Pro Apk latest version for android. You can download this android app from our website without spending any money. It works on all Android devices and it has a user-friendly interface so anyone can use it easily.

NetCut Pro is an amazing tool that allows you to cut off the internet connection of your friends or enemies. You can also stop them from using their mobile data by blocking the network. This app can also be used to block Wi-Fi networks and access points. What is NetCut Pro Apk?

NetCut Pro Apk is a simple, yet powerful tool that allows you to cut off any Internet connection to a specified device. The app can be used in any situation when you need to restrict access to the Internet, such as during an exam or when working with sensitive information.

How does NetCut Pro Apk work?

The application works by sending fake ARP replies (Address Resolution Protocol) which trick other devices into thinking that your computer has already responded to their request for IP address resolution. This makes them believe that there are no free ports available, so they are unable to connect to the Internet.

Thus, the prevalence of the NetCut Pro App becomes very high. As this app has only positive aspects, its makings are loved by a lot of people, who create their work using this application. We would like to wish you good luck in regards to NetCut Pro App Download and for your endeavors through them. 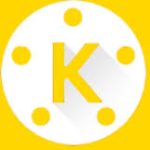 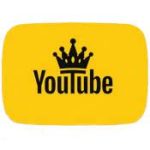